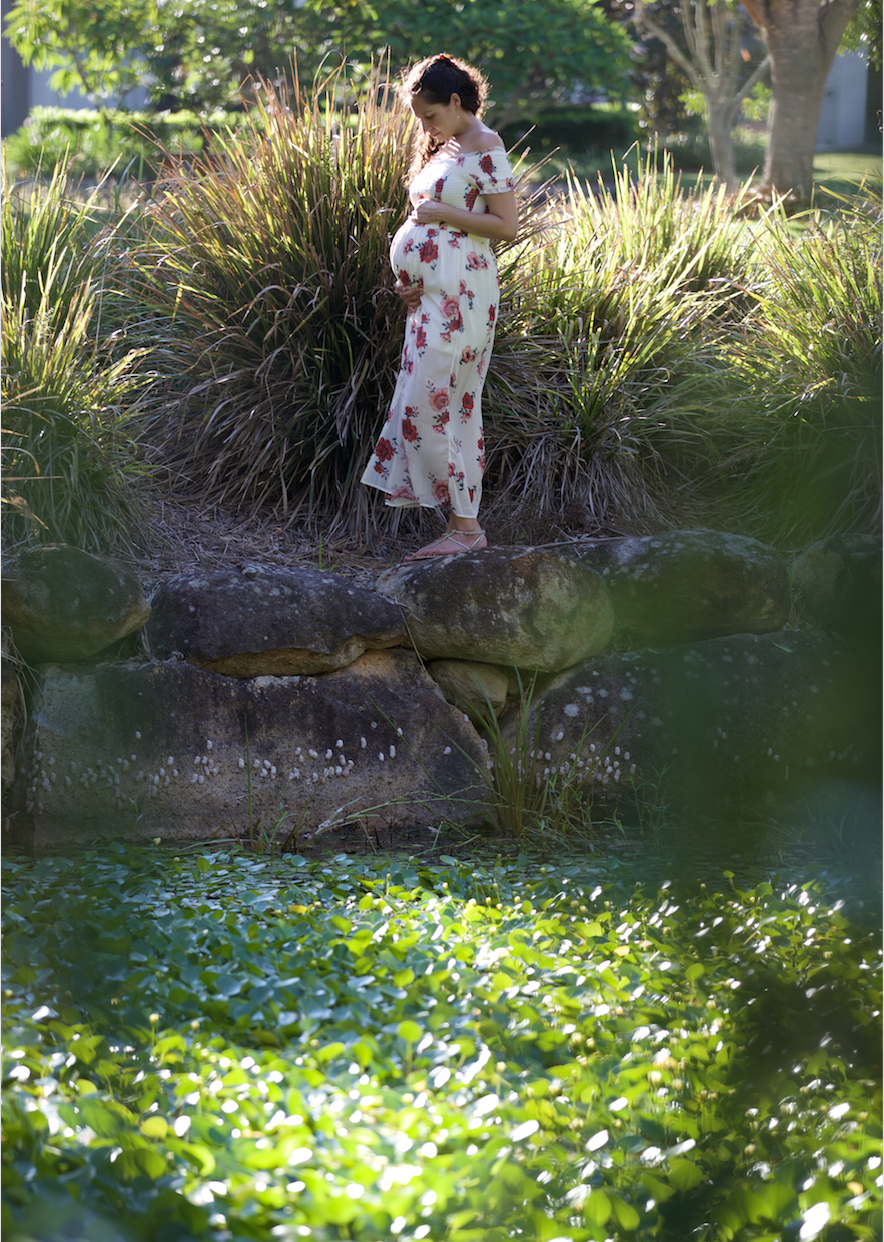 Pregnancy and birth have always fascinated me and I absolutely love hearing other women’s stories and experiences of birth!

So it's no surprise that I ended up working in the field that I do, and I love the beautiful moments that I share with mamas and mamas-to-be.

In years past, birth was something that happened in the community and in the home, and as such, many women would have witnessed and been exposed to birth as a very normal occurrence - long before it was their own turn. In our modern world, however, birth most often happens in hospitals with only your birth partner and medical staff present. So until you get there yourself - unless you are a doctor or midwife (or a paramedic as one my friends let me know recently!) - you’ve probably never had the chance to see what birth might actually be like other than on TV or in movies.

That is why I am so grateful to all of the women I have worked with who have shared their stories with me which helped me to feel less apprehensive leading up to my own experience. And now I’m happy to return the favour and pay it forward for any future Mamas!

As I approached my due date, I was feeling calm and really looking forward to the birth of my baby. I was grateful for a pretty smooth pregnancy, with minimal morning sickness and no funky cravings, which I strangely was hoping to experience, though I did sneeze every time I thought about food for the entire 9 months! I did get some left-sided sacroiliac joint (lower back/pelvic) pain during the third trimester, which was managed with hands-on treatment from my wonderful colleagues at Body & Birth Physio and a stretching and strengthening program at home. Happily, it disappeared immediately after babe was born!

My husband and I had chosen to have our baby at the Birth Centre at RBWH with our wonderful private midwife Karen Hollindale (My Midwives) and were very happy with the professional and consistent care and education we received. The team at My Midwives went above and beyond to advocate for us when we had some unusual ultrasound findings regarding bub's heart, connecting with specialists and the hospital obstetrician to help us get answers.

It was a scary moment for us as we considered the short and long term future of our baby with a heart condition. Thankfully, we received fantastic news from the paediatric cardiologist at 37 weeks that babe’s unique heart anatomy was considered just a variation of normal and was essentially nothing to worry about! - When I say it was a relief, it's definitely an understatement of a lifetime, it was a total 180 from our original diagnosis!

Did you know that only 3% of babies actually arrive on their due date? Normal gestation is often considered anywhere between 38-42 weeks!

As my due date came and went, my main concerns around birth were that I was never going to go into labour (it just seemed too surreal that we were finally here..), and that babe would be in a posterior position. I was aware that when babies are OP (occiput posterior, or facing forwards) it can often lead to a relatively long and intense labour, with ‘back labour’ - where the contractions cause a lot of intense pain in the lower back. At this point, I was pretty good at feeling my tummy for which direction babe was kicking and while he stayed head-down, he did seem to move around a lot - sometimes facing forward, sometimes backward, and quite often on hanging out on my right side. Essentially it was a lottery on any given day where he would be! 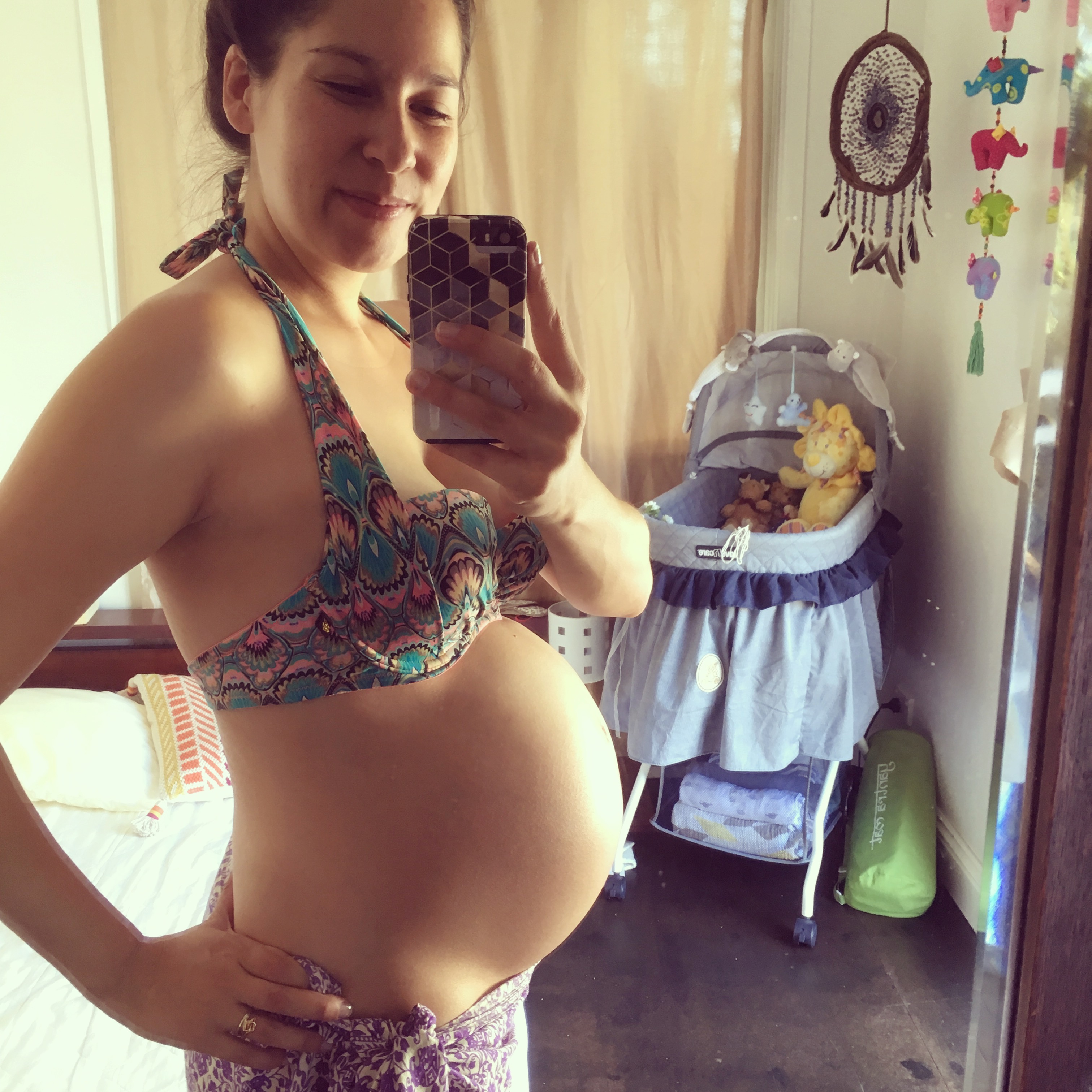 Of course, I did eventually go into labour - at 40 weeks + 4 days and, of course, baby was facing posterior on the day! The cheeky little monkey!

Still, I didn’t panic, because I know that many women have gone into labour with their baby facing posteriorly and have still had great birth experiences, but I did then mentally prepare myself for what I knew could potentially be a very long labour.

He was going to "take the long road around" as Karen had put it, and boy did I not know the half of what I was in for.

It finally began when I woke at 5 AM (unusually early for me) on Tuesday February 13th with an uncomfortable stomach and a sore lower back. Thinking that I must’ve eaten something that didn’t agree with me, I went to the bathroom (several times) to empty my bowels which seemed to relieve the discomfort - temporarily. Then I started to notice that the discomfort, both in my tummy and lower back seemed to be coming and going in waves… which was how I expected contractions would feel! Excitedly, I started to time the waves and found that they were lasting for about 30-45 seconds and coming every 3-8 minutes, more frequent than anticipated that early on, but they weren’t too intense and I felt totally normal in between them. I had a nice relaxed breakfast with my husband, Garrett, and we even played a card game (Cribbage) before I reassured him that he could head off to work for the day. 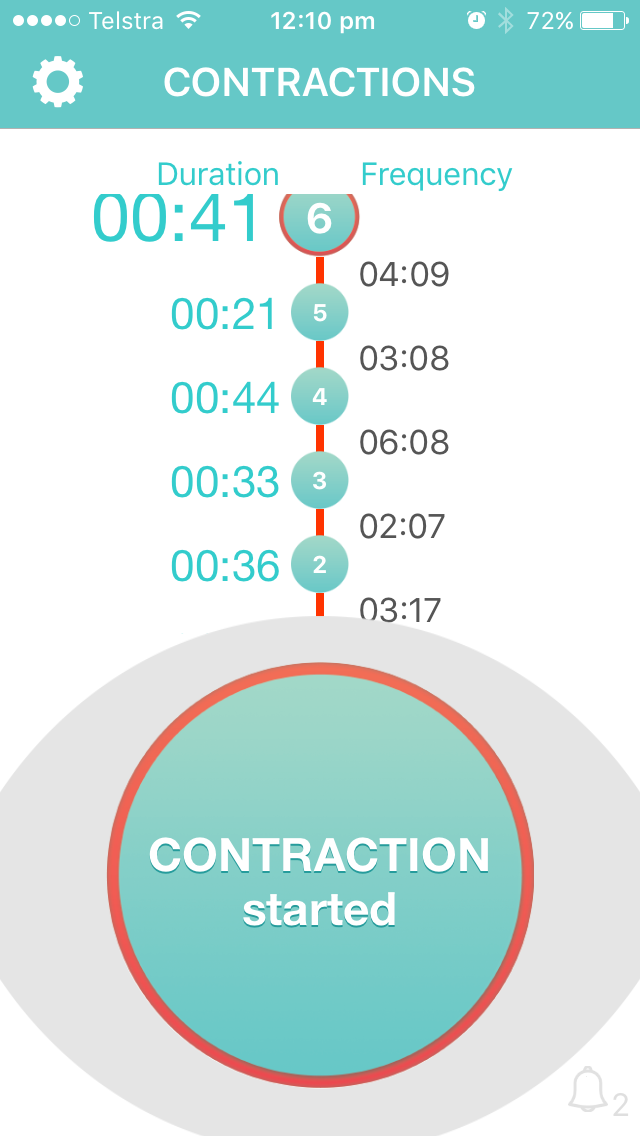 I calmly called my midwife a few hours in to let her know about the contractions starting and she suggested to keep an eye on them and be in touch as things progressed, but also to enjoy some of my Hypnobirthing meditations and rest as needed throughout the day.

My contractions stayed consistent in their timing as morning became afternoon but gradually increased in intensity - mostly in my lower back. I found I needed to move and stretch gently during them, and then started to use my hot water bottle on my lower back to help relieve and distract from the pain. The meditations and doing my adult colouring book were also great distractions to help stay relaxed as the day progressed, and at times 20-30mins would pass without me even realising. 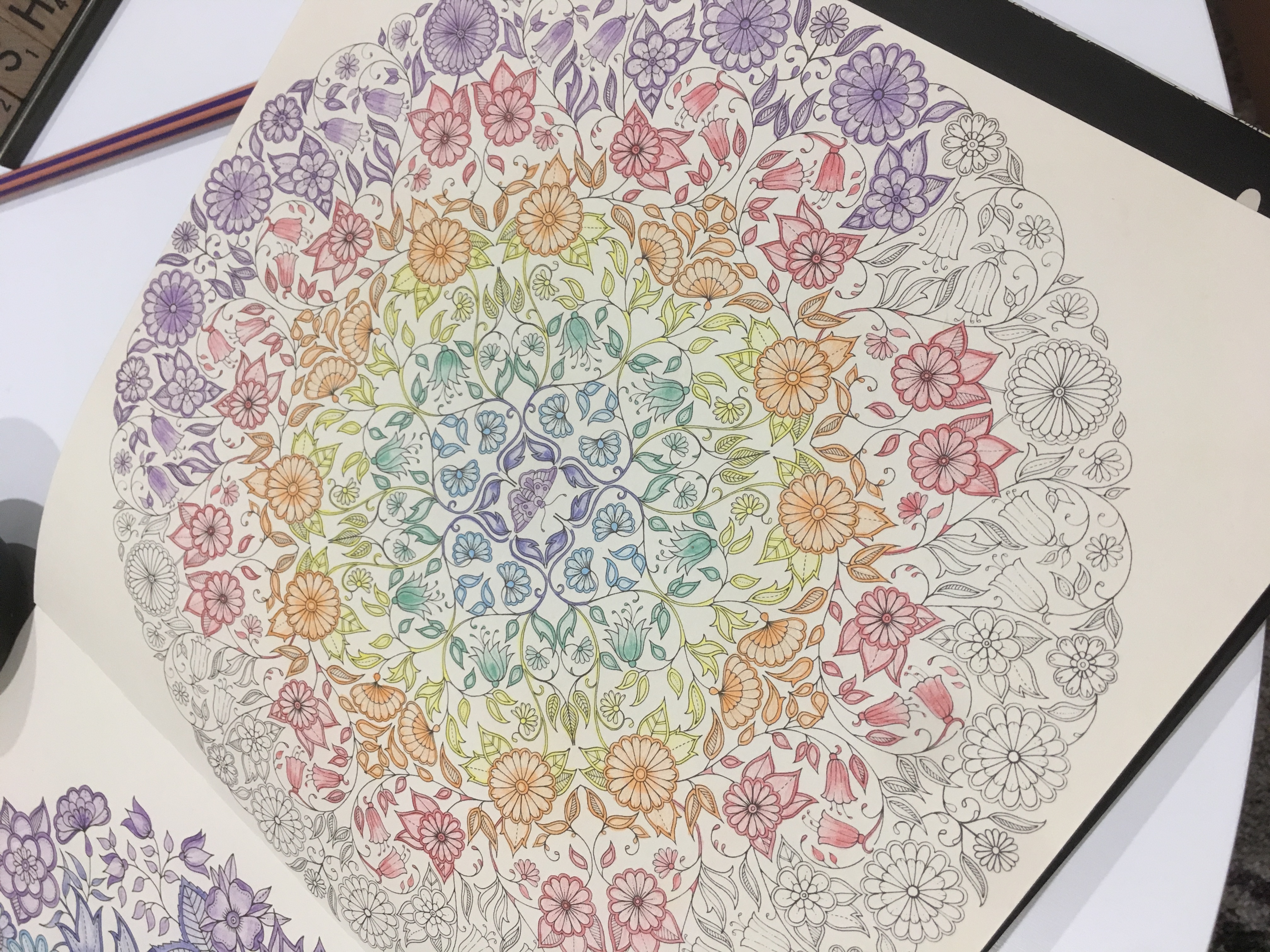 This one ended up on the wall at the Birth Center for inspiration!

My husband came home from work around lunchtime - his boss had sent him home saying “Why are you here when your wife is in labour?!?” - and we packed the last bits and pieces for the hospital bag. By 5pm in the afternoon, I had been experiencing these waves and back pain for around 12 hours and was starting to get a little agitated and snappy at hubby. I needed my space and to relax a bit so I sent him out on some errands to distract him and lay down for another Hypnobirthing meditation which allowed me then to fall asleep for a brief period.

Evening and dinner came and went with my back becoming increasingly painful, though still with the very welcome rest period in between the waves. My husband helped out by providing some firm pressure to my lower back and compression to my pelvis during contractions, and also doing some “buffing” of my pelvis and bum with a towel (learnt during YogaBaby’s Active Birth classes) which, while hilarious to watch, felt great and relieved the pain. 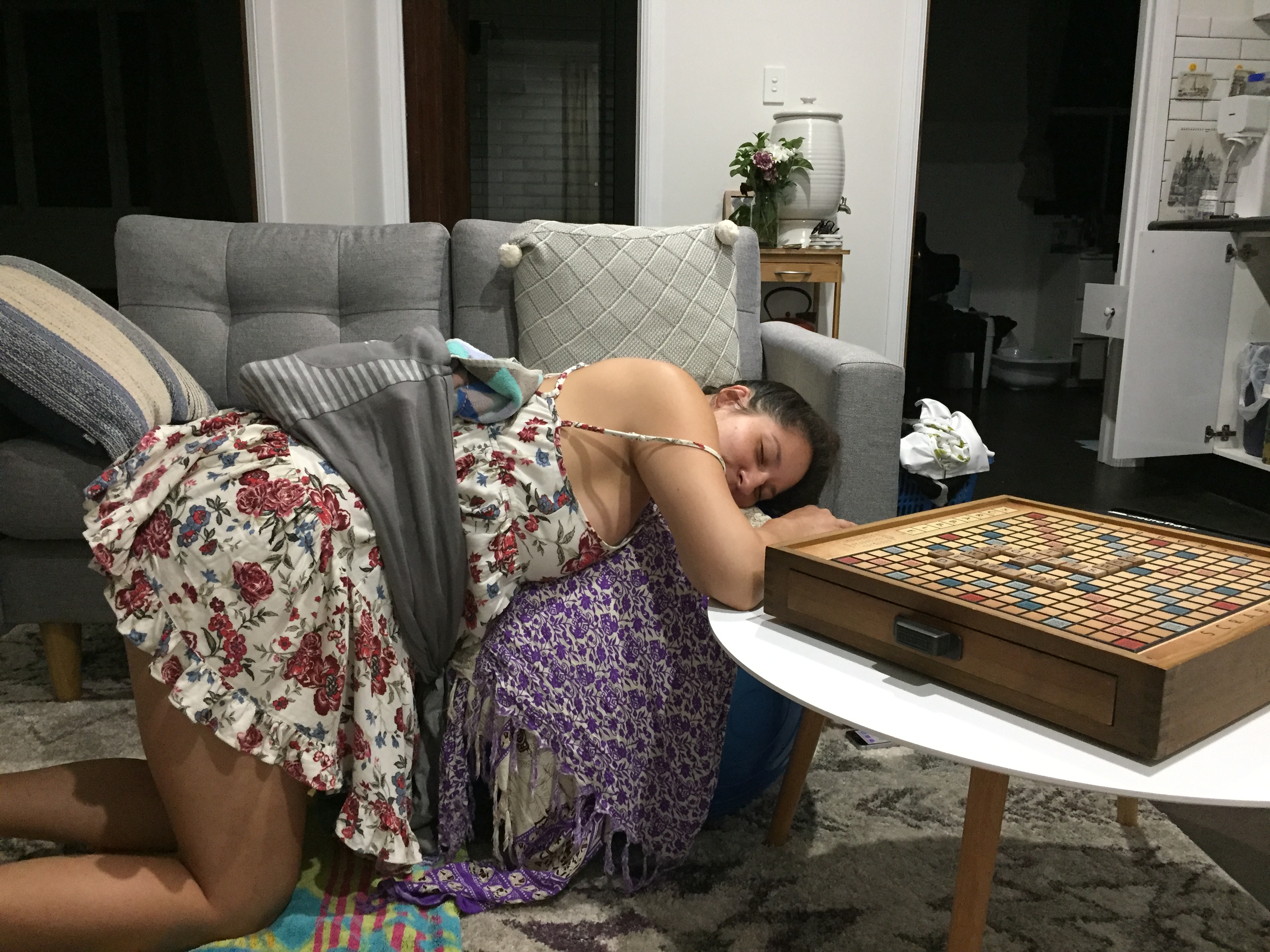 Leaning over the birth ball with a hot water bottle on my back... We were trying to play a game of Scrabble as a distraction through all of this, as you can tell we didn't get very far!

Eventually, I sent hubby to bed and attempted to go to sleep myself for an hour or so, but found that lying down during the contractions was MUCH less comfortable than being up and able to move and change position, breathe and stretch (Learn more about the benefits of movement and much more in our Prenatal BABEs program). At about midnight, I felt I needed a little more help as things were getting a bit more intense, so I pulled out my TENS machine (a small portable electrical stimulation device) and stuck the pads on my lower back. It provides a constant tingling sensation to the area which can be turned up or down as needed, and this particular one also came with a ‘boost button’ to press in order to ramp up the tingling during contractions and then turn it back down. The TENS felt great on my back and I could combine it with the heat and still move around while I was using it (note - its very helpful to wear something with pockets or have something to put the machine in and still have the boost button easily accessible!).

Throughout the day, I was sporadically using an app to time the contractions and waiting for the point when I hit the suggested 3:2:1 - 3 contractions in 10 minutes, consistent for 2 hours, each contraction lasting 1 minute - which usually indicates that a woman is approximately 5cm dilated.

Finally at about 5am on Wednesday morning, Feb 14th, I had reached the magical 3:2:1 and the contractions were pretty intense (still all in my back and now making everything tense up through my lower back muscles) and I would have to stop and breathe and sway to get through them. We gave Karen, my midwife, a call - as always she was a picture of calm but excited to hear that things were progressing and that I was managing well at home - at this stage I could still talk during contractions - and she planned to come over to our house to check in and see how I was going.

About 30mins later, I was opening the doors to the balcony and felt a ‘popping' sensation, followed by a trickle of wetness down my leg - my waters had broken! I made it to the bathroom without much drama and promptly put on a pad once I could open the darn package (had to get Hubby to help me as plastic packaging is my negative skill). He had a bit of a laugh - me labouring away for 24hrs and the main thing I needed help with was opening the plastic package. 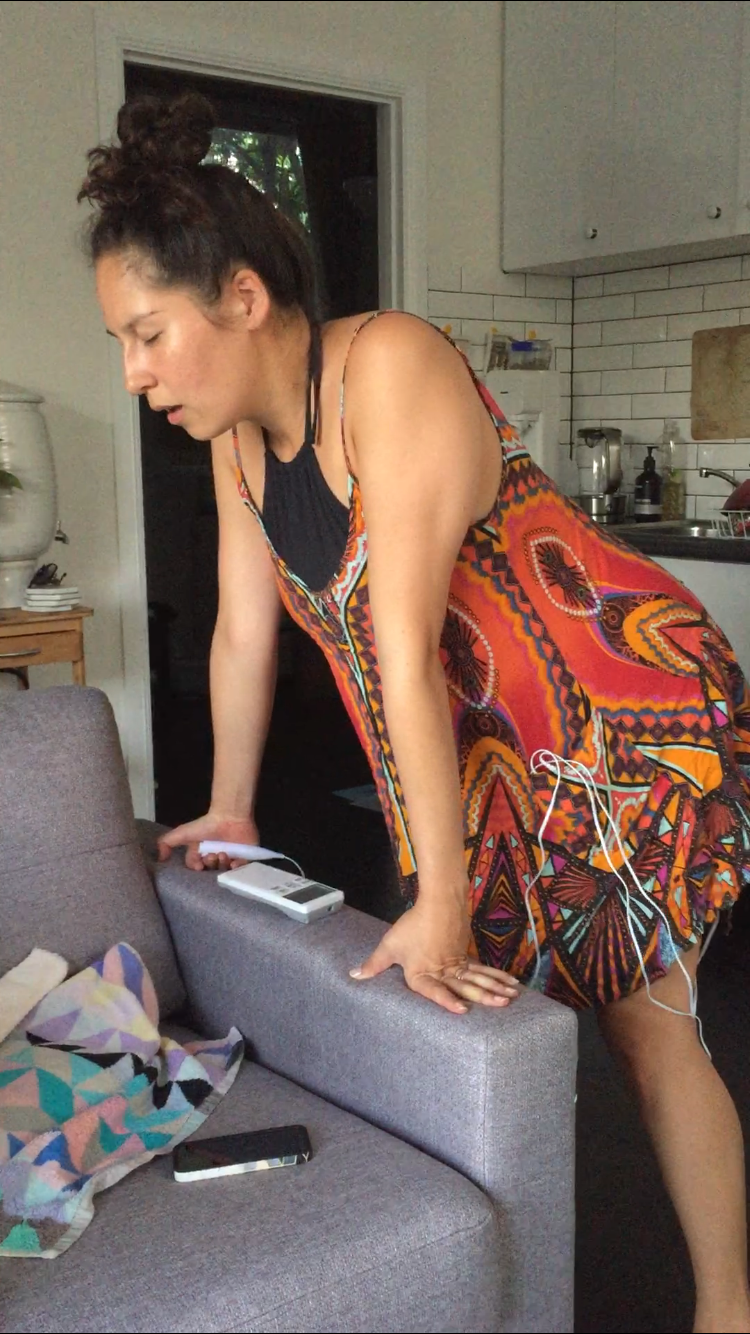 Labouring with my TENS Machine - Boost button at the ready!

As if on cue, not long after my membranes ruptured (waters broke), the intensity of contractions and back labour reeeally ramped up. I continued to use deep breathing, swaying, and leaning forward over the couch but now also felt the need to expend some energy elsewhere to further distract from the pain - firmly tapping one foot on the ground or dragging the ball of my foot against the floor. I found I was no longer able to talk during the contractions and instead began vocalizing a strong aaaah sound (progressively more loudly!) which felt quite instinctive and was actually very effective as pain relief. I'd told hubby not to call it yelling or moaning - it's called vocalising thank you very much ;) By this stage, I was very ready to go to the Birth Centre, so we called Karen and arranged to meet her there instead of at home. At 7am we hopped into the car with me in the back seat vocalising away loudly as we navigated through the morning traffic.

It was great to be able to begin my labour at home in a familiar space, play some games as distractions, change positions when needed, and feel comfortable in the moment. However, with my water breaking and contractions progressing it was time to go - and so the journey to the hospital began!

Stay tuned for Part 2 - Getting to the hospital, babe’s arrival (finally), and some unexpectedly hilarious events!